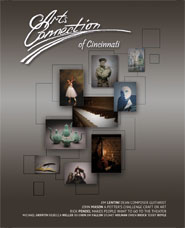 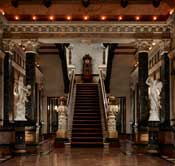 …a private home which, better than any other possible selection, may stand as a representative of the new impulse now felt in national life…

The Samuel M. Nickerson House survives as one of the few remaining examples of the palatial homes erected by the wealthy of America’s Gilded Age. The 25,000-square-foot mansion, built from 1879 to 1883, was one of the grandest residences of nineteenth-century Chicago. In 2003, Chicago philanthropist Richard H. Driehaus established the Nickerson House as a museum with a vision to influence today’s built environment through the preservation and promotion of architecture and design of the past. The collaborative effort of a uniquely gifted team of architects, conservators, craftsmen, and technicians who labored to restore the house to its original splendor made the museum to be a premier example of historic preservation, which offers an opportunity to experience fine arts, architecture and design of the 19th and 20th centuries.

Located in Chicago’s River North District, just steps from Michigan Avenue, the Nickerson House is set back slightly from the street, separated from the surrounding cityscape by a low stone wall, and raised on a rusticated basement. Approaching he main entrance is a sweeping staircase that leads to a covered porch supported by two pairs of polished granite columns. The quadrangular form of the palazzo mode was ideally suited to the grid system of American cities. Governed by the principles of regularity, symmetry, and proportion, it was a form that readily allowed for adjustments in proportion required by the extended façades of city dwellings.

The exterior of the Nickerson House is an exercise in restraint, reminiscent of the elegant Italianate buildings of German neoclassicist Karl Friedrich Schinkel (1781–1841). The three-story mansion was built in the manner of an Italian palazzo. The architectural vocabulary of the Italian Renaissance served the nouveaux riches of late 19th-century America well. In search of an historical precedent the new class of wealthy Gilded Age entrepreneurs looked back to the enlightened mercantile republics of Renaissance Italy. The palazzo mode, inspired by the urban palaces of 15th century Italy, was symbolic of the power, prestige, and cultural achievements of the merchant princes who had dominated Renaissance society.

Chicago banker Samuel Mayo Nickerson commissioned a new house from the architectural firm of Burling and Whitehouse of Chicago in 1879. Edward Burling (1819–1892), who held the distinction of being one of the city’s earliest professional architects, had previously designed the First National Bank building in Chicago, of which Nickerson became president in 1867. Burling’s junior partner, Francis Meredith Whitehouse (1848–1938), was the son of a prosperous New York family, and had studied architecture at the University of Göttingen, Germany.